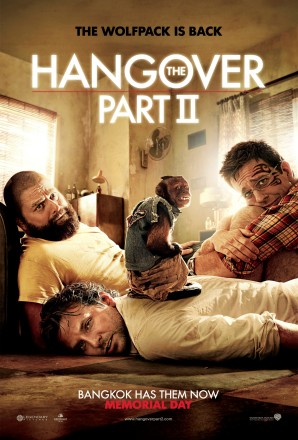 I hate unnecessary or “forced” sequels. In my opinion, there are two categories films that warrant sequels fall into. They have to either be a character driven story, ie any superhero, Indiana Jones, James Bond, etc. Or be set in a world rich with story telling possibilities, ie The Matrix universe, Star Wars universe, Star Trek or (at a push) Jurassic Park. You’ll notice that these films follow a set pattern, especially those in the second category, they are usually science fiction or at least have a fantasy element to them. That is because these are the worlds where amazing, unbelievable things can happen to the same characters more than once and you can believe it. Very few dramas, thrillers, romantic or comedy films have a premise that can be believable and successfully repeated.

Of course like anything in films, there are exceptions. Die Hard should NOT be a franchise, it’s about a guy who gets stuck in a building with terrorists against impossible odds, but I love the three other films as well. American Pie was not a film with an obvious “follow-up” but American Pie 2, in some ways, is better than the original and finally, eventually, we get to The Hangover Part 2. A film, like Die Hard and American Pie, I think works.

I have read poor reviews for Hangover 2, people who didn’t like the fact that all they had done was take the story of the first film and transfer it to a different city. This begs one question though, what else would you do? The original Hangover didn’t work because you were interested in the characters lives and how they would react to the next crazy situation. It worked because each situation was so ridiculous and these three people were stupid, immature and inept so couldn’t deal with it effectively. The piecing together of the crazy night, coupled with the need to find their friend was what made the first film successful. What would people have preferred?

If I was tasked with making the Hangover 2 or even if someone reading this gives me the job of making the Hangover 3 (I’ll give it a go, why not?) then I would do exactly the same as well. I’d repeat the general idea, try to get back as many of the most successful people and elements that made the first one work so well and then ramp up the extreme situations even further because it’s a sequel.

That’s why I really enjoyed the Hangover 2. I liked the familiarity of some of the situations, almost like “in-jokes” and references that the audience got because we’d been on the journey with them last time. I also enjoyed how extreme some of the situations were and how the reactions to these moments were so much worst this time. From the moment Stu woke up and had that tattoo on his face to the revelation in the “strip club,” I found it all hilarious.

Some of the jokes were the same. Some of the film got quite repetitive compared to the first one and there were moments when you wondered why they were making things so complicated for themselves but that is also why this works. The three actors and the characters they play are brilliant. They are different enough and believable enough to work and I enjoy seeing them follow this trail and slowly find out how much they messed up the previous night. There is a reason they leave Doug at home, he is the equivalent of the audience, clearly working out the best and simplest way of getting out of these situations but you don’t watch the Hangover films for that, you watch them because it’s funny to see these three character’s day slowly get worst and worst.

This is less a review and more a defence of the film but that’s because I had heard such bad things, I went into the film thinking it would be awful and instead I loved it and was left wondering why other people didn’t. This is a sequel that shouldn’t work but at the same time, people who complain that it is just a “re-hash” of the first have missed the point. It does repeat the best bits of the first film and intensifies the situations, but what else would you do with the sequel to the original?

Overall, I loved The Hangover Part 2. It was exactly what I wanted from a sequel that clearly shouldn’t have been made. It joins the minority of films that have managed to make unnecessary sequels just about work. A third one is on its way though and I can’t see it being able to pull that off too. Even films that should have sequels struggle with a trilogy.