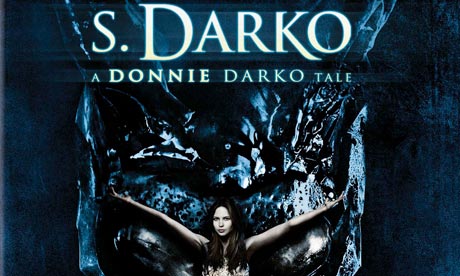 These sequels are usually straight to DVD rubbish that is clearly some studio executive seeing the popularity of the first film and then getting carried away with how much money they could actually make. Imagine this conversation; Studio Exec; Fight Club was brilliant. When we making Fight Club 2. Writer; Fight Club 2? We sorted out the story with the first one. Great twist, banks exploded. Job done? Studio exec; Great job. So Fight Club 2 will be on my desk by the end of next week? Writer; The story is finished sir, nothing else to tell. Studio exec; I hear you… see if Brad Pitt will do it! If not, see if Nathan Fillion will.

Luckily, that conversation never actually happened but one similar must have when they decided to make a sequel to Donnie Darko! A sequel to a film that was self-contained, nicely wrapped itself up at the end and is considered a cult classic. A sequel that wouldn’t star Jake Gyllenhaal, wouldn’t be written by the visionary writer Richard Kelly. In fact as far as I know, it has nothing to do with the original film at all, except it stars Donnie’s sister (you know, the sister, from the first one, key to the whole plot of the original film?) and is called “S Darko.”

This isn’t even the worst of the unnecessary sequels. The one that actually makes me laugh with rage is Walking Tall 2. This speaks for itself;

Synopsis of Walking Tall 1 (courtesy of IMDB) – A former U.S. soldier returns to his hometown to find it overrun by crime and corruption, which prompts him to clean house.

Synopsis of Walking Tall 2 (again, IMDB) – A man goes back to his hometown that is now overrun with crime and single-handedly takes justice into his own hands.

If I want to watch a film where a guy goes back to his hometown and cleans up crime and corruption again, having seen Walking Tall, I’ll put the Walking Tall back into the DVD player! Unnecessary sequel!

Disney are worst for this than anyone else! The Lion King, Aladdin, Mulan, Cinderella, Jungle Book! All classic Disney films that on their own are pretty much perfect but are then plagued by straight to DVD sequels that in my opinion, are literally an attempt to squeeze as much cash out of children as possible. I did not watch the credits roll on Lion King and think “I really want to see if Simba is a good king or if his children are plagued with the same issues that faced his eventful rise to power.” I’m also pretty certain that the original story of Cinderella ends with “…and they all lived happily ever after.” So where’s the drama in that sentence? Unless I completely misunderstood what “happily ever after” actually means!

There are some high-profile unnecessary sequels that are even worst. Speed 2 should never have been made, they got lucky with the original concept but trying to recreate that would never have worked. The Blair Witch Project is brilliant because of the “found footage” style and its groundbreaking (for the time) technique. Don’t then change the only element of the film that makes it stand-out from the rest! Cruel Intentions 2, Basic Instinct 2 and Son of The Mask are just a few more but I know there are loads I haven’t named. Not to mention when it goes slightly too far with sequels and we end up with four Shrek films when they should have been lucky to get two!

This isn’t to say some unnecessary sequels don’t end up being a success. Die Hard 2 should never have existed. The first film is a story, event-driven film which doesn’t lend itself to a sequel but Bruce Willis and the writers of the original had created a brilliant character in John Mclane so turned Die Hard into a decent franchise. The same with The Hangover. Some would argue this didnt;t work and the second film was certainly unnecessary but I for one enjoyed it. I think it just about manages to get away with it. You’d also have to put the Toy Story sequels in the unnecessary category but the characters make them work!

It’s not a fast and simple rule of thumb but my argument would be, start creating new films and new ideas. Develop new, stand-alone films to go amongst the franchise sequels we see every year. For every new superhero film, studios should be taking risks on something like Inception. Don’t drag down the profile of a brilliant film by then having its name muddied by a collection of five, straight to DVD sequels which are thinly linked at best.

Overall, this is just a silly rant and me venting my frustration. I could have gone on for much longer as I haven’t even mentioned Butterfly Effect 2, any of the American Pie sequels, both with major cast and without, or the film I only realised existed yesterday, More American Graffiti. I’m also shooting myself in the foot slightly because every film I’ve criticised here for being an unnecessary sequel, I haven’t seen, because they are unnecessary. I’m just hoping Taken 2, Anchorman 2, Blade Runner 2 and Bill and Ted 3 end up more like Die Hard with a Vengeance than S Darko!