I loved Batman: Year One and a big part of that was because I knew the comic so well and they had done such a good job of transferring the story to the animated film. It did leave me wanting more though and I led in bed last night wondering what other Batman comics would work as animated films… and here we are. 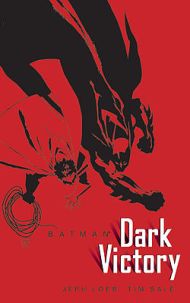 Like I mentioned in my Year One review, in a perfect world, they would continue the Batman comic book adaptations as a fully fledged, animated series and Jeph Loeb’s stories would be the direction to take it. It features almost all of the “classic” villains and has a great mix of Gangster/Murder mystery, Noir and the Batman we are much more familiar with.

The second book, Dark Victory, actually contains a Robin origin story. Most people would roll their eyes at the thought of seeing Robin on-screen in a more “mature” version of Batman but Dark Victory finds a way of making it work, even the yellow tights! 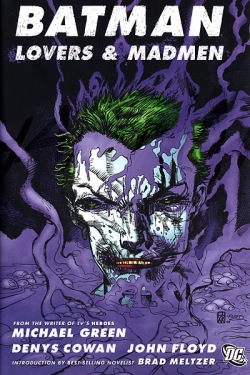 One of the best aspects of Nolan’s The Dark Knight was the ambiguous origins of The Joker. In the comics there are two pretty specific origin stories and first confrontations between Batman and his most famous villain but I wouldn’t adapt The Killing Joke or The Man Who Laughs for animation. I actually prefer Lovers and Madmen and its version of the Joker’s origin.

He isn’t a stand-up comedian, coerced and blackmailed into crime but a super criminal with very little to inspire him anymore. The smile, the chemical induced look and the obsession with Batman are all explained far better than in any other origin I have read. This would look great as an animation. 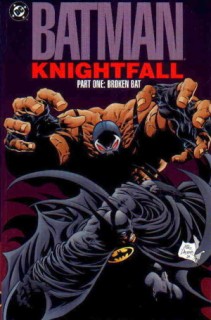 As great as Dark Knight Rises and Nolan’s treatment of Bane was, you can’t quite beat the original story. It has everything, practically every “classic” villain, a great story arc and a few quite unexpected twists. It would make for a fantastic animated trilogy and I would love to see Azrael’s story done properly too.

Cataclysm and No Man’s Land 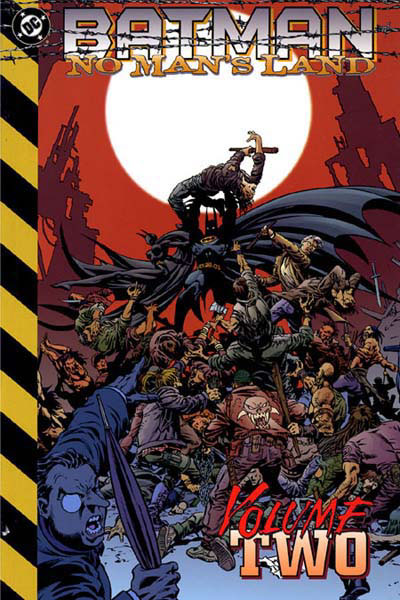 I was really pleased when I saw the nods to the No Man’s Land storyline in the Dark Knight Rises. I think it works much better and makes much more sense when you know that it was caused by an earthquake practically wiping out Gotham completely. Cataclysm has some great stories hidden within it, particularly the Quakemaster storyline and the breakout at Blackgate.

No Man’s Land is an epic, amazing story and one of my favourites. I love the idea of Gotham being ruled by gang warfare. Commissioner Gordon is never better than he is in this story and it has the split point of view element that works so well in Year One. This could be incredible if ever animated but would have to be a series or a few films to do it justice.

Like a few of the others on the list, the best stories seem to be the broader, massive ones. This has a very epic, game-changing feel to it, involving loads of villains, Superman and some very big character development. The actual mystery behind it all is telegraphed from the beginning but it does have a Batman vs Superman battle which is always worth animating!

Overall, these are just a handful. I could have added at least another four or five but then they begin to get geeky and obscure. I would love a new animated series, in a similar style and tone to the fantastic Year One, but failing that, much more animated remakes of some of the greatest Batman comic stories would be great too.