3 of the Best vs 3 of the Worst is exactly what it sounds like – 3 of the best examples of either an actor, film series, genre, etc. versus 3 of the worst. It’s also an opportunity for you to have your say on my choices and whether you would have placed something ahead of my best or my worst. This week…. Movie Superhero Powers.

This is quite an obvious one. Professor X is a hugely powerful mutant and can move things with his mind. This is useful not just for saving the world but also your day-to-day activities. Can’t be bothered to lean across for your cup of tea… telekinesis. Some idiots left the tv remote on the telly (seriously, who does this?!)… telekinesis. See… useful!

The mind reading is good too. Who hasn’t wondered whether someone is lying or actually into you? How good would it be to have that leg-up in tests or exams? How easy would relationships be if you didn’t have to constantly guess what your other half was thinking? Professor X has it easy!

This is obvious. It’s the middle of winter. You have to get up early to go to work and you see the car windscreen needs de-frosting again! No problem, just up the temperature slightly and there you have it – instant de-frost. Or maybe you have just had a nice new haircut, styled and modelled to perfection and then you start to walk outside and see the rain and hail and awful, hair-ruining weather! No problem, instant sunshine!

It works in the opposite too. Its far too warm to be stuck in a traffic jam on a Sunday afternoon? Instant air conditioning! Just a little wind, a sprinkle of cooling drizzle and you are golden. Storm has it easy!

It had to be the Man of Steel. He can fly, look through walls, has cooling breath, heat vision, super strength, practically invincible skin and the ability to be a completely different person when wearing glasses. There is nothing he can’t do and very little day-to-day issues this man has to worry about. He only has one weakness, one allergy if you like, and that is only ever-present when he is facing a greedy, crazy, billionaire businessman. Hands down, greatest superpowers ever!

3 – Spiderman – Can stick to walls and tell if he is about to get hurt. 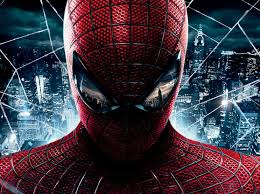 Spiderman the character is one of the best superhero creations ever. Peter Parker is a clever, funny and sympathetic character that we can all get behind and root for. Its Parker that makes the hero successful though because if you look at his powers, they are actually pretty terrible. Sticking to walls is novel, not exactly helpful. Its great when commuting or climbing trees but beyond that, it has limited applications.

Being able to sense danger (spider sense) is great in theory but you watch the film, it seems to happen so late that he gets hit anyway! It’s also ambiguous. He never knows where the danger is coming from or what it is. I don’t want the same sensation for when I’m about to stand on a plug as when I’m going to get hit by a bus! Be more specific!

2 – Cyclops – Shoots lasers from his eyes

Cyclops makes this power look cool. He uses it well when fighting crime or huge monsters and lasers are always useful when destroying skyscraper sized robots. Day-to-day, his eyes have to be covered though. He is forced to be “that guy” who has to wear sunglasses in doors. He also can’t control the intensity of the laser beam – meaning that he can’t even use it to reheat a cup of tea or quickly toast bread. Unless he is saving the world, his power is useless!

This seems cool! I’m overlooking the fact he can control fire, which is a very good power and could be used day-to-day. Ask most people what power they would want though and alongside invisibility, flying would top the list. Johnny Storm can fly but only when on fire! It means he ruins any clothes he is wearing and shows up to his destination naked! It means he can’t take any potential lady friends flying around a city, Superman/Lois Lane style! He has one of the coolest powers and one of the worst weaknesses!

Overall, when you research this, it’s actually easier to choose heroes with rubbish powers than ones where the powers are useful. I haven’t even mentioned The Thing who is essentially made of rock! Or Rogue, who just sucks the life out of other people – not useful! It seems unless you are Superman, having superpowers isn’t even that good!