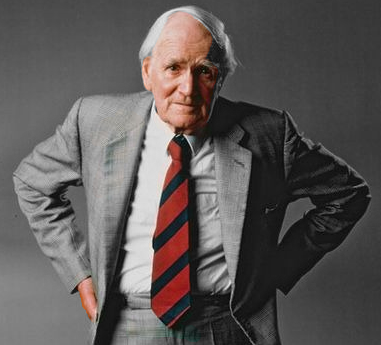 It is a well-stated misconception that Desmond Llewelyn was in every Bond film up to and including The World is Not Enough. It is testament to how much of an impact he makes this once trivial character that he doesn’t actually appear until From Russia with Love and isn’t really the rounded, recognisable character until Goldfinger.

When Llewelyn actually becomes Q, we get one of the best additions and key parts of the Bond franchise. Q is the comic relief. He is an important part to the Bond films because he manages to lighten the mood and also shows 007’s playful, lighter side. He also gets to take part in the coolest moments in the films.

The Q scene is a highlight of any Bond film. It may not be the most memorable but it is a chance for the movie to let-go for a scene. Over the years we have seen all manner of mannequins get crushed, burnt, lasered and blown-up. The best part of the scenes is watching events unfold in the background as Bond and Q wander through to the gadgets that will make some sort of impact later on.

No gadget is shown to Bond that won’t be important later and this is done very well. On average Bond is shown three, maybe four gadgets. He gets his watch, which over the years has featured lasers, GPS, magnets and much more. Pens have been mines and rings have been EMPs. The highlight is usually the car though and although Die Another Day took the car to the most ridiculous extreme, the showcase of any Bond car’s secrets will always bring a smile to your face.

This wouldn’t work if Llewelyn didn’t play it so straight. Q takes his job very seriously and Bond doesn’t. It is a mini-double act in amongst a spy thriller. The great line “pay attention 007” sums up the relationship as Bond messes around and Q sighs his way through the demonstration. Add to this a very well-timed, poor pun or quip from Bond and you get an always playful but integral addition to the films.

It was a sad but fitting coincidence that Llewelyn managed to quit just before his death in 1999. After the usual demonstration scene with Pierce Brosnan’s Bond in The World is Not Enough, Llewelyn’s Q manages to get a true on-screen exit, finishing with the great line “always have an escape route.”

It was an almost impossible task for John Cleese to follow Llewelyn but the torch had been passed on-screen and it wasn’t the worst casting decision. Die Another Day nearly did a Batman and Robin for the Bond franchise and unfortunately Cleese was a victim of that change too. You can’t imagine Daniel Craig opposite Cleese with his stern, more realistic take on 007.

Ben Whishaw is a perfect “Daniel Craig Q” and has managed to evolve the character with the change in times. Bond still has gadgets but so does every person carrying a smart phone. Whishaw took Bond into the digital age and is more of a computer technician than “mad inventor.” The line “I can do more damage on my laptop sitting in my pajamas before my first cup of Earl Grey than you can do in a year in the field” brings the character and his necessity screaming into the 21st Century.

It demonstrated how important Q is to the Bond franchise that he was clearly missed in both Casino Royale and Quantum of Solace. With Spectre seemingly reverting back to more traditional Bond tropes, Q’s proper return is a welcome one.

Overall, Desmond Llewelyn became as integral part of the Bond franchise as 007 himself and Q was always one of the highlights of any Bond movie. The character offers great, light relief and also some of the cooler moments in the film. The character will never be played as well as Llewelyn did but Whishaw has brought the character as up to date as Craig’s Bond is.

3 thoughts on “Month of Bond: A Tribute to Q”