There are many examples of movie star siblings in Hollywood. Some families have fantastic success throughout their family while others have one prolific, movie star sibling while the other brother or sister struggles to put together a career as varied, interesting or credible.

There are probably more examples of this than you’d be aware so over a few posts I look to examine the careers of the siblings in question. Is it always the male being successful over the female? Is it always the older over the younger? Do both female siblings have more success or is it a male dominated trait? Is it just as random as you’d (hopefully) expect. Let’s find out;

This is a quick and easy start. Eric Roberts hasn’t had a bad career but Julia Roberts is a well-known, international superstar who has the audience pulling-power that Eric has never had.

Julia Roberts made a career from rom-coms before going on to harder-hitting movies like Erin Brockovich. Eric Roberts has never been without work but he is a supporting cast member. He has never really headlined his own movie and it doesn’t look like that trend will change anytime soon.

Alec Baldwin vs. The Other Baldwins

It feels unfair to pit eldest Alec against the other Baldwins but it isn’t a contest he struggles to win. Each Baldwin has had their moment in the limelight but none of them became the acting heavyweight that Alec is recognised as today.

Stephen Baldwin had The Usual Suspects, William had success with Backdraft but there doesn’t seem to be any noticeable movie that Daniel was known for. Compare that to Alec Baldwin in everything from Glengarry Glen Ross to Still Alice and you get a very varied (and often hilarious career) both on the big and small screen. 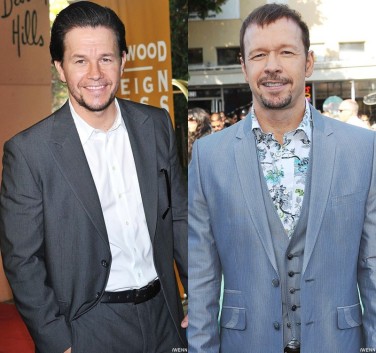 Both brothers made a good decision early and decided to leave the music career behind. Since then, both Mark and his older brother Donnie have carved out decent acting careers for themselves.

Mark has become the more recognisable and traditionally successful of the two but that isn’t to take anything away from the solid career that Donnie has. Mark is of course known for the bigger blockbuster movies, from Transformers to The Italian Job, while offering up performances that prove he is more than a muscle-bound sex symbol, in both The Departed and Boogie Nights.

Donnie has made his career from smaller, more character driven roles. He is currently starring in successful cop drama Blue Bloods but before that had key roles in the Saw franchise, as well as TV mini-series event Band of Brothers.

Both have the talent but for money-making and star appeal there can only be one, edge-out winner; John would arguably be the more recognisable of the two but that shouldn’t take anything away from the talent and career of Joan. John Cusack managed to make a name for himself early, in movies such as Say Anything, and then in the nineties with High Fidelity and Con Air.

You could accuse Joan of riding John’s coat-tails slightly as they share the screen more than once, in Say Anything to Grosse Point Blank. That is to insult a decent career somewhat though, with Joan being a key part of the Toy Story series, one of the better aspects of The Addams Family Values and demonstrating some dramatic talent in movies like Working Girl.

John has just managed to make his star rise slightly higher and is the bigger Holywood draw though.

A strange one this because it flips as you examine the career. In the beginning, Ben Affleck dominated his brother, with early Oscar success for Good Will Hunting and then a career of generic Hollywood hits that made him a star.

While this was happening, Casey went the more indie route and made his name as a respected character actor who played great roles under the radar, which slowly culminated in the four biggest hits of his career, starting with The Assassination of Jessie James… and ending with I’m Still Here.

As Casey had his purple patch, Ben’s career stalled and flop after flop meant he had to rebuild his career. It would be by taking a role in Ben Affleck’s directing debut Gone Baby Gone, that Casey would help his brother out of his slump and back as a Hollywood heavyweight. Casey is still a respected actor making decent acting choices but Ben is back on top, about to star in one of the biggest movies of 2016.

Overall, so far it seems that there is no discernible pattern. We’ve had success from the sister against the brother, and vice versa. We have seen the older sibling trump the younger, and vice versa. This isn’t over though and tomorrow we have Part 2 and a look at some other acting siblings including The Fiennes and The Maras.

6 thoughts on “Sibling vs. Sibling: Who does it better?”