Against-Type casting is when an actor or actress, well known for a certain type of role or movie, is then cast in something completely unexpected. Below are examples that have and haven’t worked. Most times it is quite successful and can inject something new in an actor’s career. Other times it can be the nail in the coffin, destroying the career of well-known actors or even destroying a whole movie with how poor the attempt was.

Before Matthew Vaughn made him a kick-ass spy, Colin Firth was an exquisite English gentleman. He was a man who was more known for “that” moment he emerged from a lake soaking wet in Pride and Prejudice rather than the James Bond, super-agent type. Somehow, Vaughn could look past this and the moment Firth dispatches a gang of thugs in a pub made everyone’s jaws hit the floor in happy disbelief. Add to this the brutal church brawl and it was clear that Firth had some hidden, action-hero depths.

2. Jim Carrey as Truman Burbank in The Truman Show

The trailers for The Truman Show were slightly deceptive. They showed Jim Carrey’s Truman talking to himself in a mirror, pretending to be an astronaut. Although not wacky, you could be forgiven for mistaking The Truman Show as a comedy. Of course it turned out to be a powerful drama, with Jim Carrey delivering a performance that broke hearts and uplifted spirits. Carrey’s performance couldn’t be further from The Mask or Ace Ventura and he showed the acting talent that would get him roles in Man on the Moon and Eternal Sunshine of the Spotless Mind.

1 Robin Williams as Seymour Parrish in One Hour Photo

Robin Williams is everyone’s favourite wacky comedian. He feels like your fun Uncle who you only see at holidays. Roles like Mrs Doubtfire, Genie in Aladdin and even John Keating in Dead Poets Society showed Williams to be a light, happy and inspiring actor and person. That is why One Hour Photo works so well. He is creepy, cold, emotionless in places and then rage-filled at other times. This is a character who couldn’t be further away from what we expect from Williams but at no time does it feel a poor choice. In fact, One Hour Photo is so much scarier and creepier because it is Robin Williams!

Gus Van Sant’s remake of Psycho was always poorly conceived, recreating the film shot for shot. What made this pointless exercise worse was the weird casting. Most of it can be overlooked or at least relatively explained but Vince Vaughn is not Norman Bates. This is an actor known for being a “best friend” and motormouth who oozes charm and style and here he is forced to be muted, weird and creepy. Unfortunately, it just doesn’t fit and when someone else has done such a great job already, casting so against-type to try and fit that role was an uphill struggle. 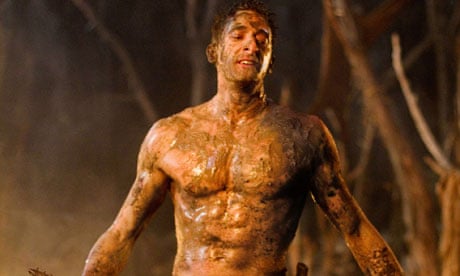 2. Adrien Brody as Royce in Predators

The first Predator movie saw Arnold Schwarzenegger face off against the titular killer. The second took the movies from the jungle to the streets and Danny Glover was forced to try and stop them. Both of these worked because neither actor was forced to be anything they weren’t known for. In Predators Adrien Brody, Academy Award nominee for Holocaust drama The Pianist, is doing his best Arnie impression and never convinces. Brody is not an action hero, he is a dramatic character actor and moments when he gives his best Schwarzenegger just feel like a man doing a poor action hero impression. 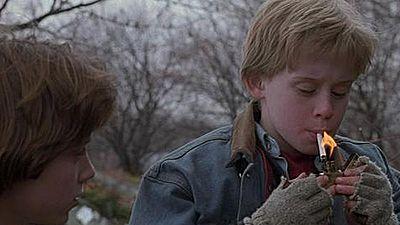 1 Macaulay Culkin as Henry Evans in The Good Son

Macaulay Culkin will never be anything but Kevin McCallister and when he was a young actor, this was the type of role he did best. From Uncle Buck to Richie Rich, it was always some form of the young prankster. This attempt to shed that image by going in the complete opposite direction with a creepy, foul-mouthed demon child who terrorised a fresh-faced and innocent Elijah Wood felt too far from Home Alone and was never convincing. It always looked more like Macaulay Culkin trying to be mean and angry and evil rather than actually becoming the evil step-brother the role required him to be.

Overall, playing against-type is a great idea but only if both the actor and role is right. In the best cases it can transform an actor’s career, as it did for both Jim Carrey and Robin Williams but in the worst it can destroy an actor’s career, with even Macaulay Culkin struggling to recover from his attempts at something different.

18 thoughts on “3 of the Best vs 3 of the Worst: Against-Type casting”