Movies are a crowded market and it is up to the director, producers or writers to try something new and original so their movie stands-out. Sometimes this introduces something amazing, delivering a new viewing experience or unique perspective on how to tell a story. Sometimes these “gimmicks” can also detract or even ruin the experience. In the worst cases it can mean audience have to pay more for something which doesn’t add enough to justify it.

If used correctly this “gimmick” can make for a major and much more immersive story-telling experience. The fear in The Blair Witch Project was heightened by the fact it was “first-person” while movies like REC2 managed to find original ways to use the shaky camera and even in-vision experience. Other movies utilised Found Footage to change the genre of their film, specifically Josh Trank’s Chronicle which elevated a standard “superpowers” film into something much better.

It existed before the studio utilised it but Pixar changed everything when they introduced Toy Story to the world. Although studios like Ghibli still use it today, hand-drawn animation is beginning to die out in-favour of something which looks smoother and can offer a better visual experience. It is even bringing to life characters which feel “real” and has changed Disney studios forever.

If done correctly, this “gimmick” is fantastic. The masters seem to be Alejandro G. Inarritu, who uses this technique in movies such as The Revenant and at least gives the impression of doing so for Birdman, while Alfonso Cuaron makes it work in both Children of Men and Gravity. It is a technique which can bring you closer to the action, make a scene feel hurried, full of impact and “real.”

It is also the dawn of the full “one-shot” movie with Victoria offering a story with no cuts at all and a two-hour run-time. 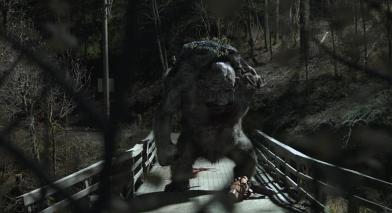 The issue with any successful gimmick is imitation and more than any other, Found Footage has been run into the ground. It has been over-used and included in movies which don’t necessarily need it. Films like Troll Hunter, As Above, So Below and Project Almanac were all movies which didn’t benefit from the gimmick and if anything, may have had their movies hurt because they used it.

Not many gimmicks have felt as pointless as D-Box. Utilised by Cineworld and many other cinema chains, D-Box shakes your seat in-time with the events on-screen. It is confusing to what this really adds because shaking as the character experiences an explosion isn’t particularly “immersive.” The fact that Cineworld are now offering an experience called 4DX which includes smells, water and bizarrely, bubbles, feels more like a theme park ride than a cinema trip.

The worst thing to happen to cinema since Adam Sandler. 3D very rarely adds anything to the movie and the worst aspect about it is that it costs so much more to experience. Most of the time the movie has been retroactively converted which means it never really fells 3D and the picture has to be darkened to compensate, which for films that already have a shady pallet, like Batman V Superman, can make the viewing seem “murky.”

Overall, some gimmicks work very well and others have major faults. It seems any gimmick which means having to pay more is one that should be avoided while gimmicks which can add something meaningful to the story-telling are ones to be applauded. Feel free to highlight any from either side of the list that may have been missed.