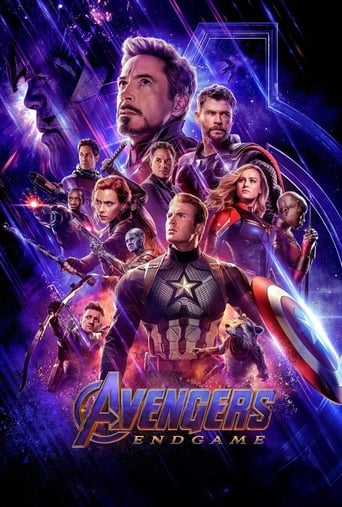 This review does not contain spoilers for Avengers: Endgame!

Avengers: Endgame manages to do what many other franchises and long-running television series fail to do; perfectly end a captivating saga. The Marvel Studios movies have been 21 films and eleven years in the making. Infinity War was a fantastic movie and arguably the best Marvel movie to date and left the world on a cliffhanger that nobody saw coming. It means the stakes are high for Endgame; in plot, character and critical terms.

Luckily, Endgame manages to please on all accounts. The key to this is the care which returning directors The Russo Brothers take with each of the characters. The effects of Infinity War were huge and this is always in the forefront of anything that is happening and any motivation for what the characters are doing. The pain of the events are still raw and each character expresses that in their own perfect way. From an opening which will shock and set the tone from the outset through to a teary reuniting for characters some thought long-dead, Endgame is written with emotion at it’s core and this makes the events matter.

It also means the first act of the movie is actually very unlike any other Marvel movie, or any other superhero movie for that matter. It takes it’s time to build and develop the stakes the characters are facing and what exactly they have to do going forward. The second act is when the film hits it’s stride and The Russo Brothers clearly care and love the Marvel Universe.

This part of the movie becomes a love letter to the rest of the saga so far. It is done very cleverly, with a perfect balance of drama, humour and emotion. None of those three elements are too far away from the surface and if you have any knowledge of the wider universe and the movies that preceded this one, you’ll feel some satisfaction and empathy with the events as they play out. It manages to cater to the die-hard fans which know every scene and implications of every film in the 21 that have already gone and also those that have a passing interest. Even the casual fan will get a kick out of what the second act manages to do.

As for the finale, this is where the movie manages to top all that has gone before. There are a lot of moving parts and many a character to keep up with but the film does a great job of juggling the action and the character development, never holding for too long on either. Each principle character gets “their moment” and The Russo Brothers have created some incredible ones. There will be shocks, grins and gasps when certain events unfold but they all makes sense and are all incredibly cool and satisfying.

There will be tears too and Endgame is a movie with a clear sense of finality. This is a closing chapter of The Avengers story so far. It is clear that Marvel Studios is continuing their franchise long after this movie (Spider-Man: Far From Home is out two month after this movie) but if they were to end here, it would be a fitting close to the most successful and bold movie “experiment” that there has ever been.

It is not perfect though. The film’s run-time is three hours and although that is never wasted and each scene feels necessary, this doesn’t mean the movie doesn’t struggle to hold momentum. There are times when you feel the movie slowing and you can’t help but anticipate what could be round the corner rather than what is on-screen right now.

It also has some huge tonal shifts and this can be slightly disconcerting. It truly does feel like three movies in one and although this works most of the time, it can often leave the film feeling at odds with itself. Care and attention has been paid to tell this story properly but there is a lot of story tell.

Very little of this matters in the end though. You won’t leave the cinema disappointed. In fact, you will leave properly satisfied and if you are a fan as big as I am, really affected and overwhelmed by what Endgame has managed to do.

Overall, Avengers: Endgame is fitting of the event movie feel it has managed to create. It is a bold, ambitious movie which doesn’t just tie together the events of Infinity War but also ties together every strand of the preceding 21 movies in the Marvel Universe. Put some pacing and structure issues to one side and you have a fantastic end to this chapter of the Marvel Cinematic Universe.