Two things inspired this article, my Ghostbusters 3 “rant” and Napoleon Dynamite review. I ended my Ghostbusters 3 article by deciding that the only way forward for the franchise was not a third (and probably disappointing) film but actually a cartoon. Napoleon Dynamite spurred me on further because they have continued this film with a cartoon. I have already shared my views on why this isn’t working but what it did get me thinking about was which films should be continued as cartoons and why… 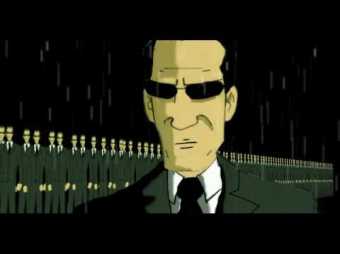 This seems obvious. How cool would a “mature” cartoon set in the world of the Matrix be? You could have a whole new crew of people with their own ship that had to jump in and out of The Matrix each episode for whatever reasons. It could have “bullet time,” Kung-Fu and all the other elements that made the first two films so cool to watch. Set it before the events of the third film or even before the events of the first film and you could have a very successful series.

I know that the AniMatrix already exists but that only supports my view of how successful a Matrix cartoon series could actually be. 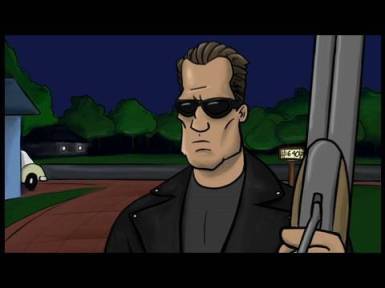 I love Terminator 1 and 2. Terminator 3 did a job but wasn’t a patch on the first two. Terminator Salvation was a good idea and this is where I would set my cartoon. You could have the Terminator cartoon tell the story that the Salvation film wanted to tell. You could easily have the army of “Arnies” that they tried (quite poorly) in Salvation and also have John Connor’s future war. You wouldn’t be forced to try to make loads of links to the previous films in one, two-hour film. Instead, you’d have a whole animated series to tell your story and make those links if you had to. 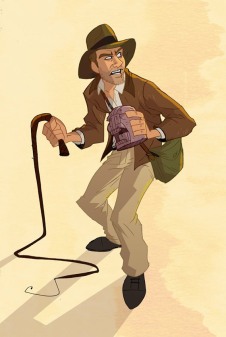 I don’t really remember the fourth film. I remember liking the “Indiana Jones” bits, the classic moments when he was battling across cars and being chased through the jungle but hating the fact they introduced aliens. In classic, hollywood fashion, they still want to milk more out of the Indiana Jones franchise but Harrison Ford is too old and I don’t want to see Shia Lebouf take over. Indiana Jones could easily be imagined as an animated series, continuing his adventures searching for a whole manner of mythical artefacts, either one an episode or one whole series searching and fighting over whatever Macguffin they can think up. It won’t matter how old Harrison Ford is either. 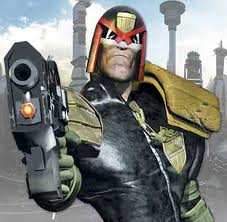 I actually have really high hopes for Dredd, starring Karl Urban, but it will only be able to tell one story. The Judge Dredd universe is full of colourful, interesting and creative characters that would be realised brilliantly in a cartoon. I can’t wait for the film but a mature animated series seems like a much better fit. 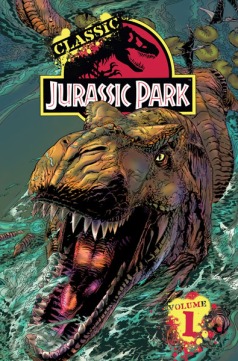 Trust me with this one. The first film is perfect, the second flawed, I really like the third (it repeats some of the greatest things about the first and introduces Pterodactylus) but what can you really do with the planned fourth film? I will see it and I’m sure it will be a cinematic experience, but what about a series that follows people trying to live on the Jurassic Park island. People living alongside the dinosaurs (for a reason I haven’t worked out yet) and their adventures as they survive on the abandoned island. This has much more life in it than another film that I can only see repeating the same story again (get on the island, get chased for two hours) without the time and opportunity a series would give you. 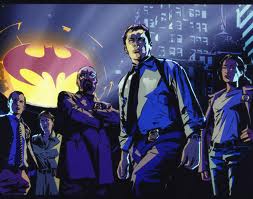 There have been loads of Batman cartoon series. The best, in my opinion, has always been the original “Batman, the animated series” because it tried its best to catch the darker tone of the comics and the more mature elements that have made Nolan’s films a success. Imagine if we could continue Nolan’s Batman in an animated series much more in line with the films.

If you can’t bare the thought of another Batman cartoon, (fair enough) what about a series that follows Commissioner Gordon and his police force? This was actually a comic series but I always thought it lent itself naturally to a police, drama series. Failing that, a cartoon could be the next best thing. 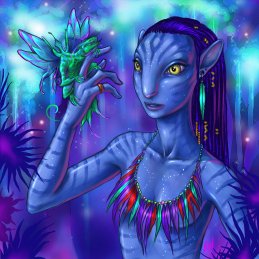 I didn’t actually think Avatar was that good. As a cinematic, visual experience, it was tremendous. The 3D was used innovatively and properly but the actual story and action was hardly doing anything that Disney’s Pocahontas hadn’t already. Nevertheless, a ridiculous amount of people went to see it so Cameron is going to create two more, filming them back to back.

Why wait though? What new visual idea can he bring with two more films? More 3D? 4D (smell or worst… taste?). Why not create a cartoon series that improves on the weakest part of Avatar, the story. James Cameron has created an amazing world with fantastic creatures. He could have a whole television series to explore the planet, its moons and even more. 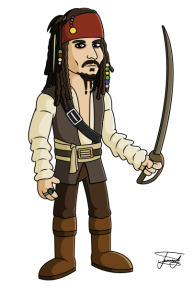 Pirates of the Caribbean/Captain Jack

I can’t believe this hasn’t already been done. If I created this show, I’d set it before the films. Explore the history and early life of Captain Jack. We got a brief glimpse at this in Pirates 4 but a cartoon series could do so much more with it. He is perfect for fronting a whole cartoon series himself as he is practically a cartoon character anyway. I also don’t know of any decent pirate series that exists already anyway, the gap is there!

Overall, most, if not all, of these ideas come from the fact that they are trying to continue their respective series with more films. Along the same lines as Ghostbusters, some of these films are running out of time and ignoring what I think is a great, unrestricted medium to present your ideas. It doesn’t just have to stop with these characters either, we have Conan, John Carter, Robocop, Alien, any iconic horror villain (ie, Freddie Kruger)… I’m sure you have your own ideas too.

2 thoughts on “Movies that should be continued as cartoons”